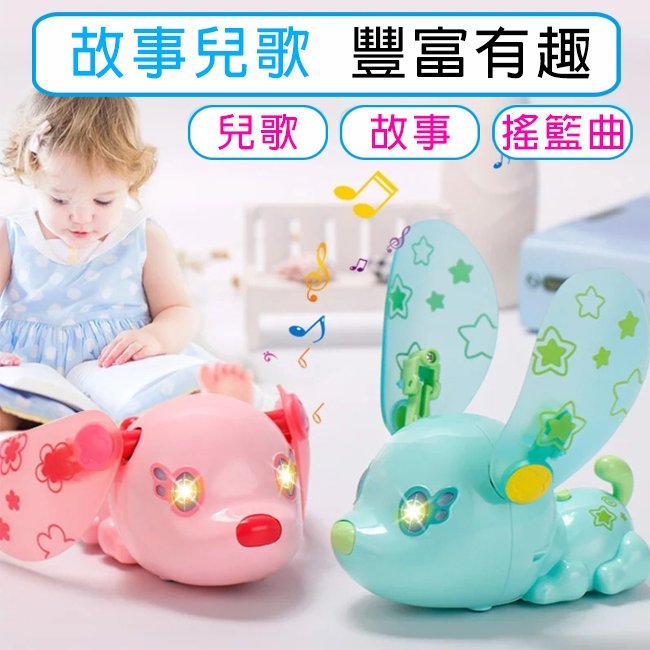 Xiaomi Mi (小米米) is a knockoff of Wappy Dog and some small Ocha Ken robot dogs that can move on their ears and raise them when speaking.
I don't know the name in English of the Ocha ken robots (気持ちいっぱいお茶犬ノリノリ), but you can see pictures of them here.
Xiaomi Mi has been listed on websites as "Interactive Elf Xiaomi Mi" (互動 精靈小米米).
Note: I'm not sure if the translation is supposed to be "Xiaomi Mi" or if it is "Xiaomimi".

Xiaomi Mi comes with a remote that can allow the dog to be put to sleep, play music, tell you a story, do somersaults, move, and bark. I reuploaded a demo of the toy
incase the original video gets taken down.