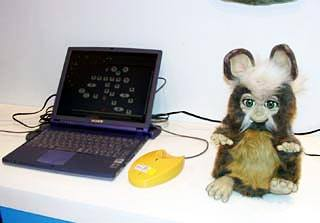 Cregit (クリジット) was an unreleased toy from Tiger Electronics. According to the transcript of an online
interview with Dave Hampton, Cregit used only some of his tech and the look of the toy didn't come from him.

"cregit started out as something else that was more mine, cregit only
uses some of my tech" - dave_h4 (Dave Hampton) 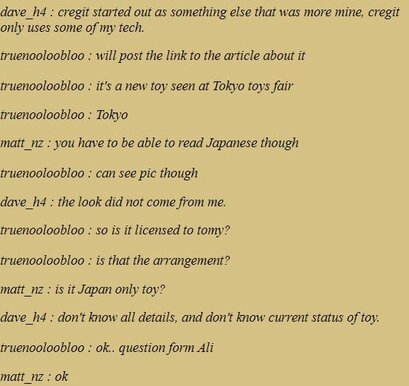 Cregit has brown, soft fur for its body with light brown fur on its tummy area. Cregit has a pair of arms and legs
with four fingers on each hand and four toes on each foot. The toy has slightly round brown ears with white fluff on its
forehead and two small bunches of white fur under each eye. Cregit also has a long soft brown tail with a fluffy white tip. 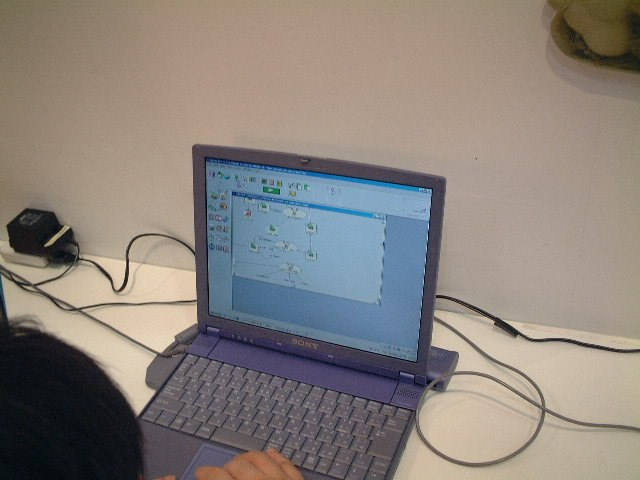 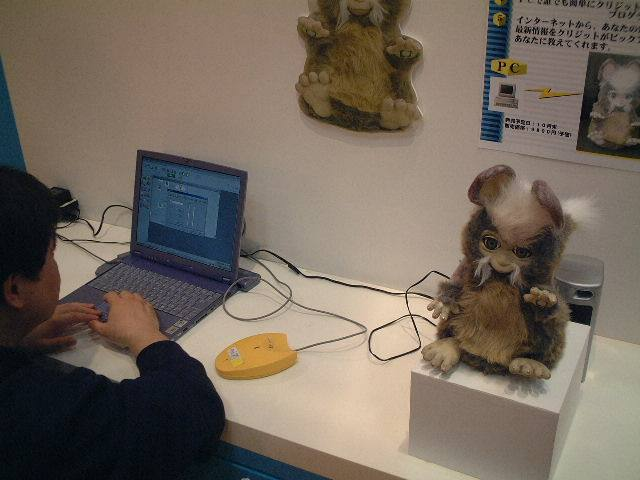 The toy was displayed at the Tokyo Toy Show in 2001 by Sega Toys. Though the main target audience for the toy was
the U.S. market, Sega Toys planned to sell the toy in Japan. Cregit could be connected to a computer wirelessly and be
programmed by connecting objects to each other on screen. Cregit could also have voice recognition but would require
you to install a program for the voice recognition on your computer. According to an article from Game Watch, the design
of the toy was subject to change. Sega Toys planned to release the toy for 9800 yen by the end of October that year.
However, Cregit seems to have been unreleased.