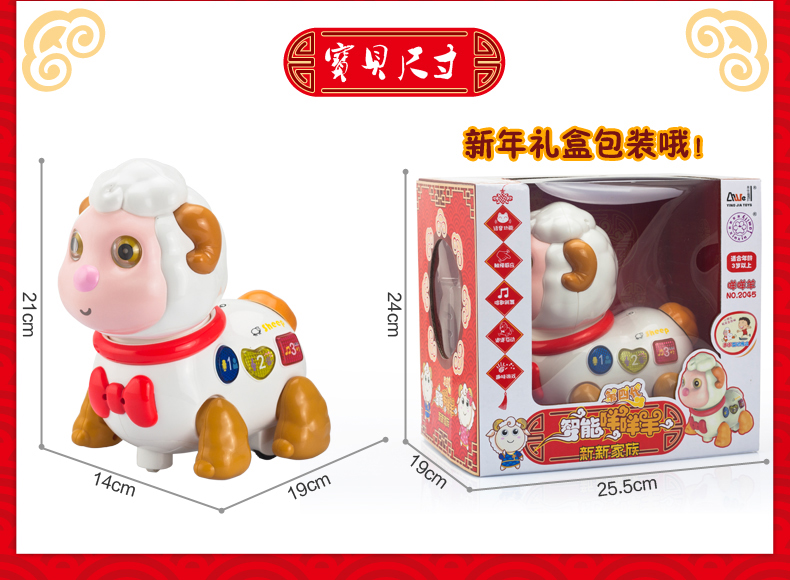 Intelligent Sheep (智能詳羊) is a Chinese interactive toy by Amwell which resembles a sheep.
The toy seems to have been made in celebration of the year of the sheep.

The toy has a brown pair of horns and legs, and a brown tail. It has a red collar around its neck with a red bow
below the red collar. The word 'sheep' can be seen in yellow letters near its tail with a small illustration of a sheep.
It has three numbered buttons on its body, including a circular blue button, a green heart-shaped button, and a red square button. The toy also has a small switch behind its neck. 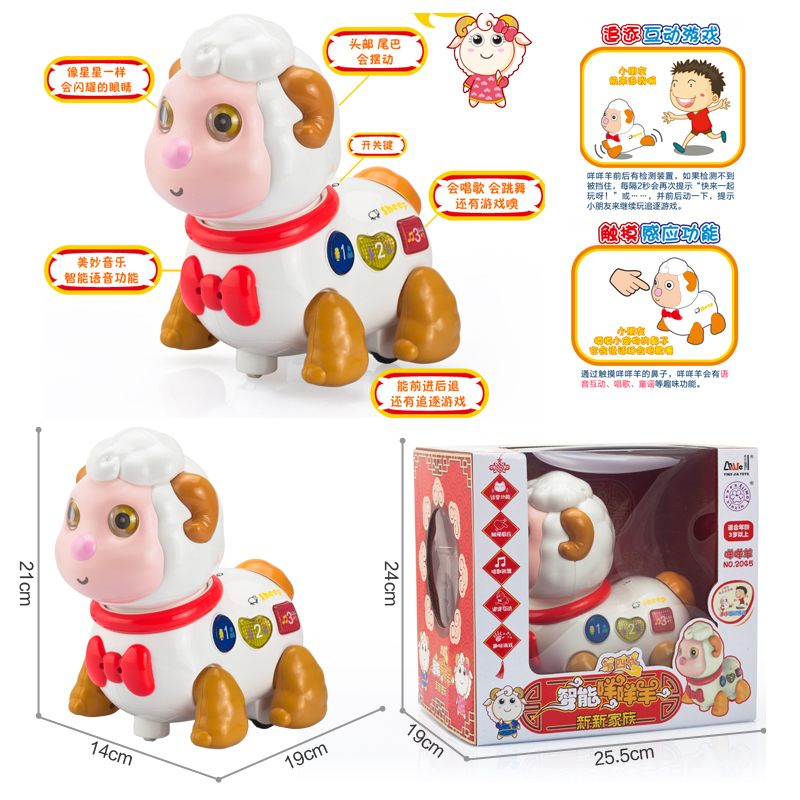 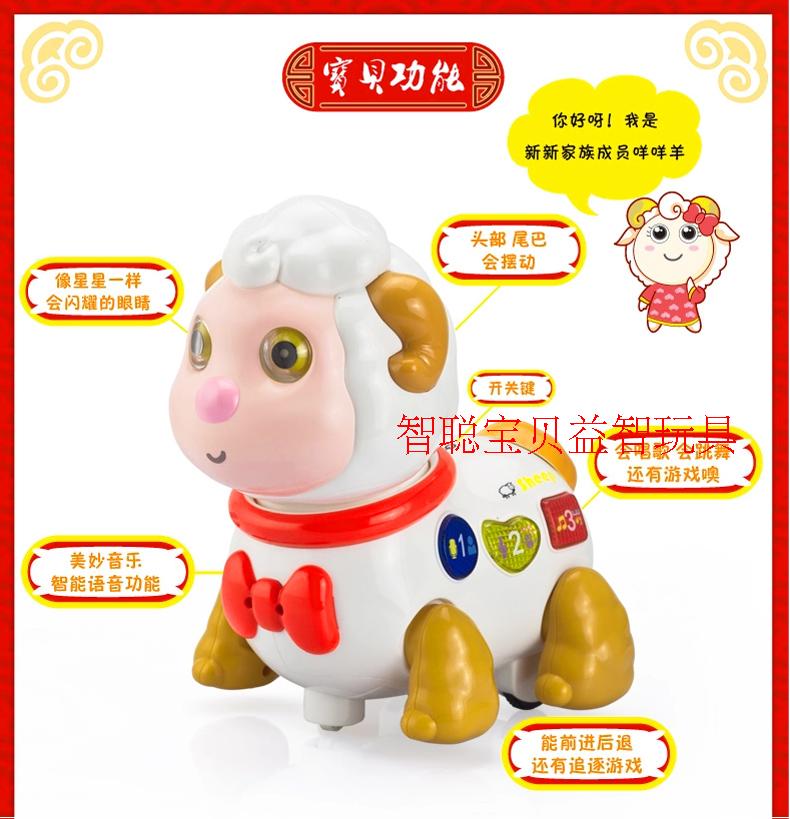 The toy can nod its head, move on wheels beneath itself while its legs move back and forth. Its tail moves
up and down when it nods its head, and it has lights in its buttons that flash.

Each button has two functions. 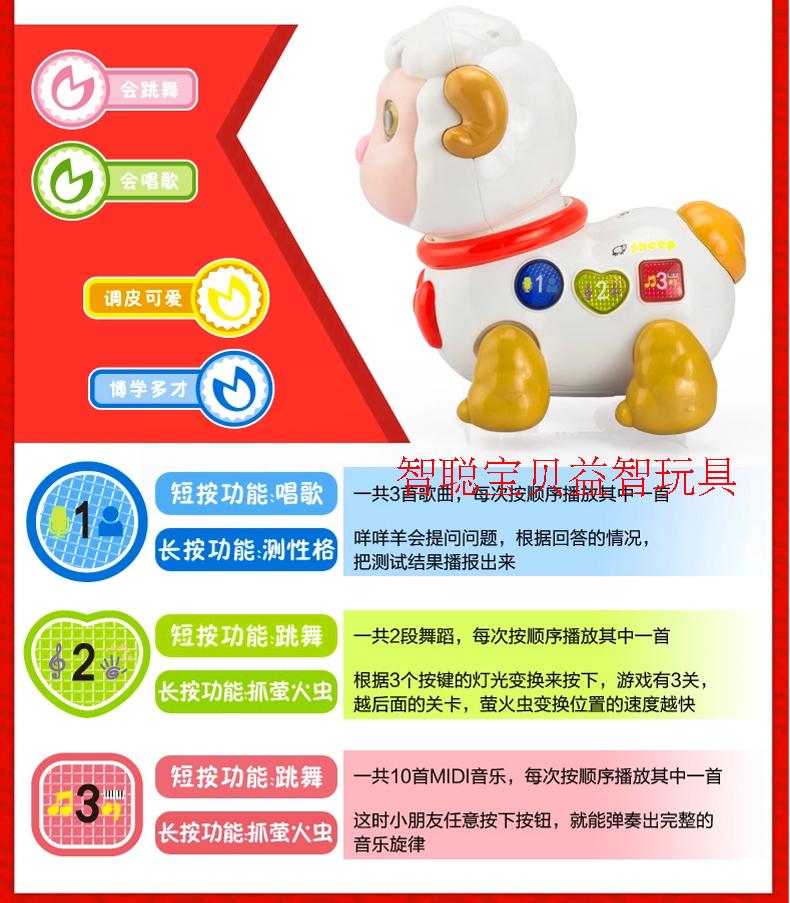 When pressed, the toy can do two dances. When held down, the toy can play a game where you have to press
the buttons according to the order their lights flash. There are three levels for this game.

Plays a total of ten MIDI songs when pressed. When held down, you can use the buttons to play a tune.