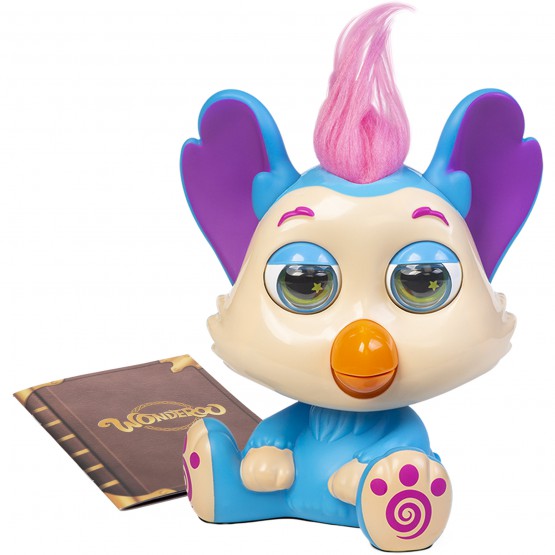 Wonderoo is a storyteller toy by the Spanish toy company, Tigerhead Toys.

The toy seems to have been released in 2020, with the earliest known videos of it uploaded to YouTube in March, 2020.
However, the app for the toy was published in 2019 and was developed by Spherical Pixel. The toy requires 3 AAA batteries.

The toy has a blue plastic body with a beige pair of hands and feet with a purple swirl and three purple dots on each foot.
The toy has an orange beak, purple inner ears and brows, and a blue pair of eyelids. It has green eyes with a small green star in
each and black pupils with a blue ring around each eye. It has a pink tuft of fur on its head and a beige face.

The toy was created to only sing and tell stories. To play with the toy, you would require the Wonderoo app.
After downloading it, you can choose a story for Wonderoo to tell or a song. Before downloading a song or story, you will need
to ensure your Wonderoo is switched into Bluetooth mode for the song or story to be transferred to your Wonderoo.
After transferring a story to Wonderoo, Wonderoo's ears should light up. You can then switch Wonderoo on and pet Wonderoo's head. After petting Wonderoo's head, he will
introduce himself and ask you if you want to hear a song or a story. He will tell you to wait if you want to hear him sing,
but if you wanted to hear a story, you will need to pet his head. According to the description of
the app on the appstore, the stories last approximately eight minutes.
Wonderoo's eyes close and open, his mouth moves, and his ears can light-up when he speaks.
Once Wonderoo has finished telling a story, he will turn himself off by going to sleep.

Not much of it is known since no copy of Wonderoo's booklet with his story has been posted online.
Some of the story of Wonderoo was revealed on the official website in an image of a book.
Due to a lack of documentation of the toy, I cannot confirm if Wonderoo actually says the below transcript in one of his stories, and there likely is more to the story that isn't included in the photo on the official website. The below transcript was copied from the photo, but I have fixed a few of the grammar errors.

Once upon a time there was a strange and wonderful creature named Wonderoo.
Wonderoo was brave, intelligent, curious, and had magical powers!
Did you know that Wonderoo could hear sounds from everywhere? He was able to hear voices or noises from anywhere.
And he could also communicate with their minds! He could talk to other people without saying a word.
His sister, Wondi, also had powers. Wondi had the power to turn her thoughts into real images. If she turned on her powers
and thought about something, all of a sudden, the image of what she was thinking would appear to her.
Wonderoo and Wondi were very happy! But they lived alone, far away from their family, on a very distant
planet and they didn't know how to get back to their parents. Wonderoo and Wondi arrived on that planet many years ago because they accidentally
crossed the Magic Gate. This gate was very famous because if you went through it, you would appear
in whatever place you dreamed of going to. It was magical and it only took a few seconds! But there was a catch - when crossing the Magic Gate, you had
to know where you wanted to go, because if not, you could wind up in an unknown corner of an unfamiliar universe. This is what happened to Wonderoo and Wondi.
The two siblings had tried to return to Wonder, the planet where their parents lived. But they were so small when they crossed the Magic Gate, they weren't sure how to get back home.
When they grew up, Wonderoo tried to return home. Since he didn't know exactly how to do it, he crossed the Magic Gate
every day thinking about his parents and the planet Wonder And so, every day appeared on a different planet.

*NOTE: Though photos of the Italian and English version of the box exist, no photos of the Spanish box have been found.
No actual demos of the toy that show it speaking English, Spanish, or Italian currently exist, either. I don't know if
the Spanish version of Wonderoo is being sold in English boxes or if they have Spanish on them since Spanish websites use photos of
a box with English on it. I also cannot confirm if the language a Wonderoo speaks depends on the language you want Wonderoo to tell a story in. 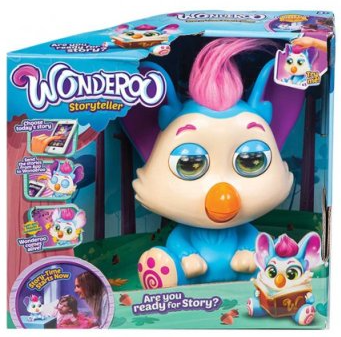 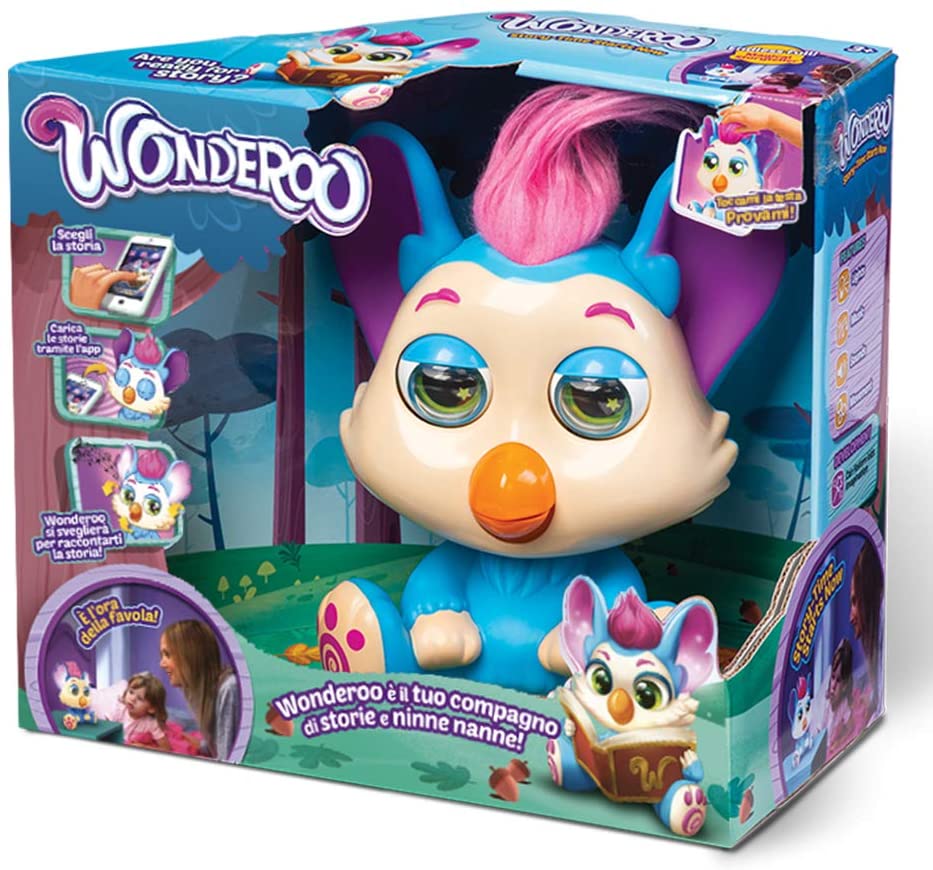 Thank you to @T1hE53AL5hBZ2iN on Twitter for introducing me to this adorable toy!